Our Team has over 40 years of collective experience in dealing with probate, inheritance tax matters, and will disputes.

All work is supervised by Tim Murden, Director and Head of Probate and Will Disputes, and Head of Legal Practice.

Tim is Managing Director of TM Solicitors and is a Solicitor having qualified in 2000. He is the firms Head of Legal Practice and Head of Finance and Administration.

He started his legal Career at Corries in York, becoming Partner, and subsequent Head of Legal Practice and Director in Minster Law that acquired Corries in 2005.

Tim recently acted for the successful claimant in the case of Anderson v Spencer [2018] EWCA Civ 100, [2018] 2 F.C.R. 1 in which the Court of Appeal upheld the Judgment of the High Court that a DNA sample provided by a deceased person could be used for paternity testing. This was the first reported case on this issue. The case featured in the Times, Telegraph and was widely reported nationally. Tim also acted for the Insurers in the County County Court and subsequent appeal in the Court of Appeal case of Dennard -v- Plant [2002] EWCA Civ 510 which formed part of the Helphire Test case litigation, concerning credit hire.

Suzanne joined TM Solicitors in 2007 and works entirely in probate estate administration. She has considerable expertise in dealing with complex estates and advises families and Executors on Inheritance Tax issues often with an international element involving double taxation issues and those cases requiring affidavits of foreign law. Suzanne has also considerable in handling those cases in which original wills have been lost resulting in complex applications to admit copy wills. She has also undertaken reconstruction will cases.

Suzanne is presenting under her ILEX qualification, and regularly undertakes professional development courses in probate and estate administration.

Suzanne can be contacted directly on 01482 429981 or via e-mail at suzanne.underwood@tmsolicitors.co.uk

Richard joined TM Solicitors in 2009, having previously worked for a local firm undertaking a varied litigation role. Richard now specialises entirely in wills and probate disputes and works alongside Tim advising clients on all types of contentious probate matters, particularly those involving medical issues regarding the capacity of a testator when making a will.

Richard regularly undertakes training and development in contested probate, and worked alongside Tim on the successful Court of Appeal case of Spencer -v- Anderson, in which the Court allowed DNA testing to determine Paternity for the very first time.

Richard can be contacted directly at richard.clarke@tmsolicitors.co.uk or by calling 01482 429982

Rebecca undertakes probate estate administration work. She joined the company in 2011, having previously worked in the banking sector. Rebecca is experienced in all types of probate estate administration particularly those involving charities, where she is a member of the ILM ( Institute of Legacy Management ) Rebecca has successfully completed over 100 probate and estate matters since joining TM solicitors.

Rebecca can be contacted on 01482 429980 or via e-mail at rebecca.sidebottom@tmsolicitors.co.uk

Lisa is Head of our Accounts, and undertakes all issues relating to the firms Accounts and Compliance with SRA Accounting Rules. She has over 20 years legal experience in Solicitors Accounts Rules and regularly undertakes Training and Development in this area.

Lisa Can be contacted on 01482 429984 or via e-mail at lisahinchliffe@tmsolicitors.co.uk 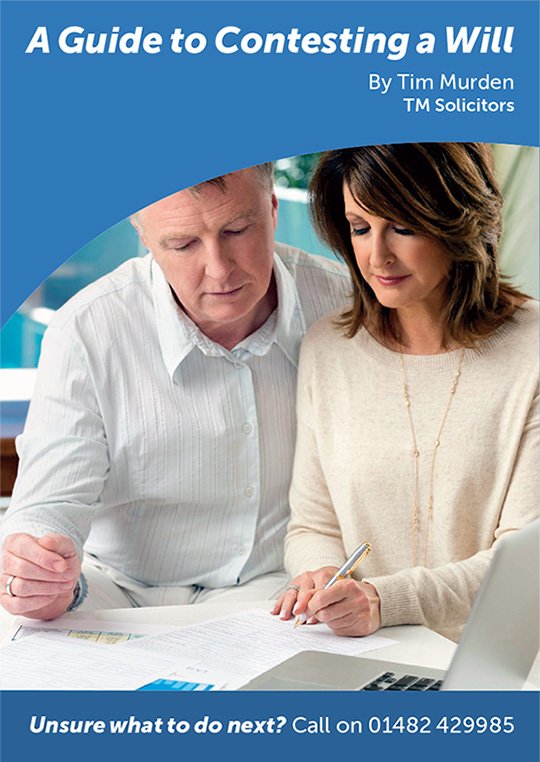